Reinsurers’ underlying combined ratio below 100 for the first time since 2014: Gallagher Re

According to global reinsurance broker Gallagher Re, reinsurers’ weighted average combined ratio was 97.6% in 2021, a marked improvement from the 104.1% hit by COVID-19 the previous year.

On an underlying basis, i.e. excluding prior year change and excluding natural catastrophe claims normalization, reinsurers’ combined ratio improved from 100.7% to 99.8% in 2021, the first time that it has been below 100% since 2014, according to the latest Gallagher Re. reinsurance market report.

While some carriers still reported unprofitable underwriting performance in 2021, across the cohort Gallagher Re tracked in its report, overall it was a more profitable year for the industry compared to 2020.

While inflation is a growing concern, to date rate increases have outpaced claims trends, which Gallagher Re says has driven claims ratios down, with strong premium growth improving expense ratios. .

Reinsurers’ strong underwriting and investment performance last year was aided by continued rate improvements in nearly all major lines of business, resulting in an increase in total capital dedicated to the global reinsurance industry.

Gallagher Re’s latest reinsurance market report reveals that total dedicated reinsurance capital increased to $728 billion at the end of 2021, up 8.4% from December 31, 2020.

The reinsurance broker reports that market performance in 2021 brings the sector’s total capital growth since 2015 to 70%, or 6% per year.

The trend of supply exceeding demand has been evident since 2014, and Gallagher Re says it has manifested itself again in 2021.

Regarding COVID-19, the report notes that although it continued to impact daily life in 2021, in terms of reinsured losses, the pandemic “barely registered” due to the prudent provisioning undertaken. by companies the previous year.

Also in 2021, the reinsurance industry absorbed a heavy load of natural catastrophe claims, although Gallagher Re finds these were no worse than the last five-year average.

However, the report argues that the industry’s underlying RoE does not yet cover its cost of capital, which exceeded 8% in 2021, as shown in the chart below. 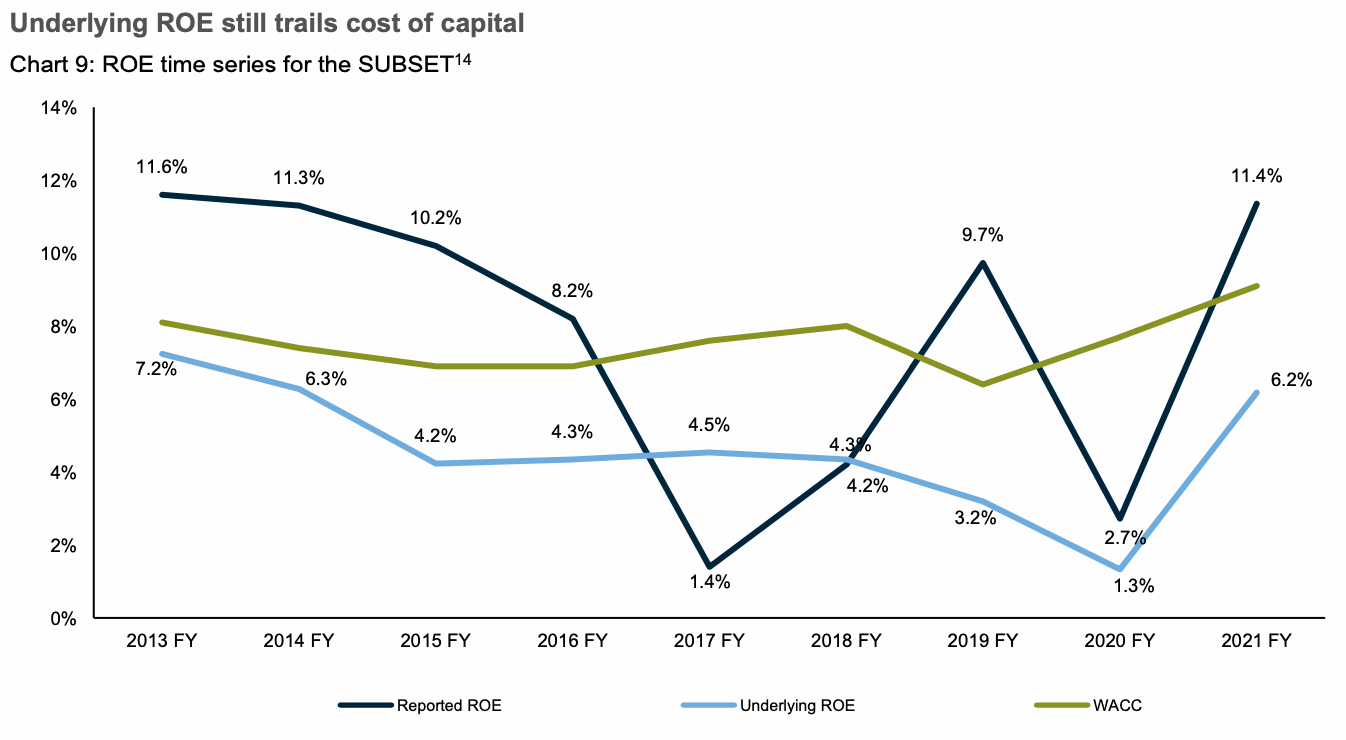 James Kent, Global CEO of Gallagher Re, said: “The 2021 result is good news for reinsurers and insurers.

“Reinsurers faced another year of significant natural catastrophe claims, but still saw robust and improved performance across their portfolios.

“Insurers have in turn benefited from the strong capitalization and resilient performance of the reinsurance industry.”

Is it time to increase your coverage ratio?